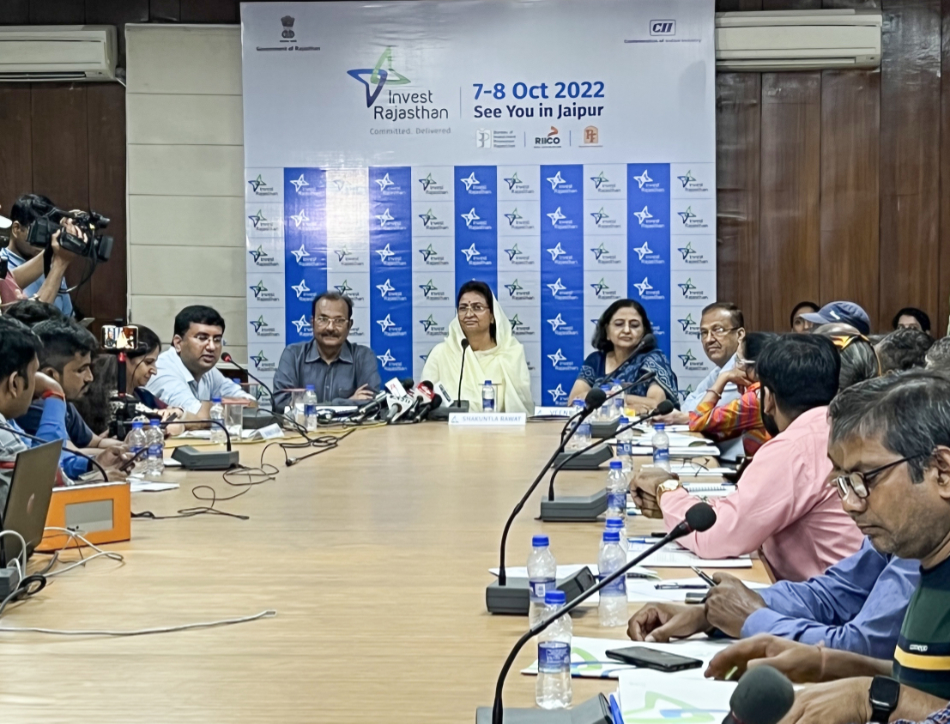 With investments totalling more than Rs 10.44 lakh crores lined up ahead of the Invest Rajasthan 2022 summit, Rajasthan is poised to take a significant step towards a new era of industrialization. Following the benefits of land, resources, infrastructure, and state government policies, investment proposals have been received across industries. In order to uphold the tagline of its major investment conference, Committed and Delivered, Rajasthan now seeks to make the investment intentions received a reality.

Addressing the media, during a press conference at Udyog Bhawan, Mrs. Shakuntla Rawat, Minister of Industries and Commerce, Government of Rajasthan said, "The "Invest Rajasthan Summit" will be conducted in Jaipur on October 7 and 8, 2022. Approximately 3000 delegates from diverse sectors and industries will attend and participate in conclaves on Tourism, NRR, MSMEs, Agri business, Start-ups, and future ready sectors. The culmination of investment intentions received in Rajasthan will be commemorated at the summit.”

The summit has drawn interests from local business owners in addition to a number of investors from India and outside, depicting the existence of an ecosystem for industries of all stature in the state. 4,192 MoUs/LoIs have been received recently during the varied national and international investor meets/interactions held towards culmination to IR. The MoUs/LoIs that were signed include sectors like mining and minerals, agriculture and agro-processing, tourism, textiles, engineering, chemicals and petrochemicals, health and medical, logistics, energy, and handicrafts. 40% of the MoUs/LoIs received have already been implemented or are already in the advanced stage of implementation. Before the Summit, the State Government hopes to have the majority of MoUs and LoIs converted on ground.